Did you know that chihuahuas are the 2nd most killed breed in animal shelters across the U.S.? The controversial, longtime misunderstanding of pit bulls is well known. But what’s the problem behind the horrendous numbers of abandoned and killed (we prefer not to use the word ‘euthanized’) chihuahuas?

Animal shelters are overflowing with chihuahuas and there simply is not enough shelter space to absorb all abandoned chihuahuas and other pets. The demand for chihuahuas has been enormous over the last few decades, most likely because they are often featured in movies and advertisements as trendy, quirky must-have fashion accessories. Commercial breeders and puppy mills respond to the public’s demand, supplying pet stores and internet shoppers by breeding tremendous numbers of puppies under horrible conditions. Backyard breeders produce puppies that are sold from newspaper ads, signs along the street and from websites. Sadly, a majority of these chihuahua puppies soon begin to grow up. Once the newness wears off they end up in the streets or in (kill) shelters. In addition, commercial breeders often have excess “inventory” which they “dispose of” if no one takes them.

Unfortunately, the numbers of abandoned and killed chihuahuas are getting worse rather than better as chihuahuas continue to overpopulate shelters. For example, the chihuahua breed has taken the first place lead at the Humane Society of Arizona, normally held by the number of abandoned pit bulls. Both the Arizona Humane Society and the Maricopa County Animal Care & Control (Phoenix’s two largest shelters) show that in 2013 combined, they received 10,535 Chihuahuas and killed 2,100. And that’s just the sum of two shelters. There are about 13,600 community animal shelters nationwide. You do the math.

Chihuahuas get starring roles in movies. Celebrities carry them around like fashion accessories. The American Kennel Club labels the chihuahua as a ‘toy’ breed. But a chihuahua is not a ‘toy’ or an ‘accessory’ and its popularity has a horrendous downside: hundreds of thousands healthy and treatable chihuahuas are killed every year due to overbreeding, neglect, ignorance and lack of shelter space. 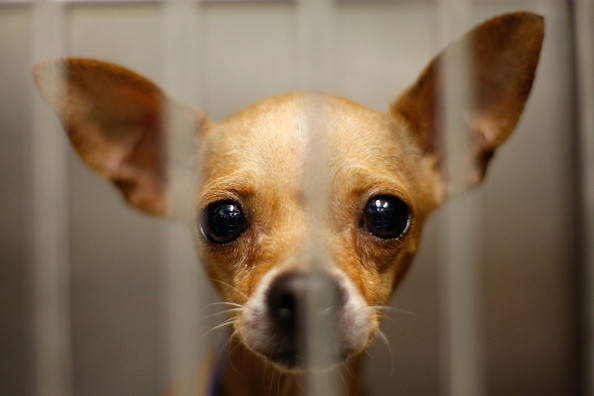 The Chihuahua Liberation Front is dedicated to saving chihuahuas and chihuahua mixes from being killed at shelters across the globe. We support small and local rescue groups dedicated to saving chihuahuas and other animals. These wonderful rescue groups cannot do it alone. There is simply no sufficient capacity or funding to keep up with the overflow of abandoned, homeless and neglected chihuahuas and chi-mixes. Therefore they need your help and support. Help these rescue organizations by adopting, fostering, volunteering, networking, reposting and donating.

Our hope and mission is to change people’s minds about buying chihuahuas and other dogs and make adoption their only option. If you’re looking for a new companion, perhaps one of the chihuahua faces you see here or on our Instagram account will touch your heart. They may be little, but they have so much love packed into them. So join the Chihuahua Liberation Front today and FREE THE CHI. Until every cage is empty and every chi is free.